The most famous cannabis advocates in the world

Greasy hair, dreads, earphones and loud music. These are common stereotypes associated with the term "hul". Why exactly these dubious attributes have emerged remains a mystery to us.

Not only by ptatistik roughly 42% of Americans and even greater percentage of Czechsto openly consume cannabis as a medicinal herb, some cannabis smokers eventually become one of the most successful people in our society. In fact, among cannabis activists, we will find many well-known names and world personalities. We are not talking, for example, about Willie Nelson or Snoop Dog, as cannabis belongs to music as well as a musical instrument. Among the musicians we find a lot of personallyand names who have not kept their love for cannabis secret, but are publicly affiliated with it.

Here are just a few of the world-renowned cannabis activists who are not very heard and who may in many cases surprise you.

While addressing "Sir" before a given name may put him in a very elite society, it is not. Sir Richard Bronson is the 236th richest person in the world and is the founder of the multinational VIRGIN, which includes almost everything from airlines to mobile phone shops. This person has earned his presentmulti-billion assets from absolute zero. Not only did he smoke marijuana publicly with his 21-year-old son today. He also publicly stated that there is nothing wrong with marijuana smoking and even said that if it were legally possible, he would start a hemp industry.

His name has become synonymous with all European voyages. Rick Steves is the author of the 27 best-selling European travel guides, the host of his own TV show and radio show. He is a member of the National Organization for the Reform of Marijuana Law.

Sorkin may seem at first glance a little more "junkie" than a regular "junk". He started using cocaine in the late 1980s and was also arrested for possession of marijuana in 2001 in the US. His work on The West Wing, as a writer and producer, has earned several Emmy Awards, and numerous nominations for many other awards.

This American sportsman has more Olympic medals than anyone else in sports history. Yet he was caught by the media as he smoked cannabis from the bong. Since this media scandal, Phelps has provided several interviews where he apologized and defined it as "bad judgment." Personally, we think that unfortunately he has nothing more to say than an apology before the international sports committee, as he was immediately convicted of an addict as an athlete. Certainly it was not the first time, it was certainly not a bad judgment and we are almost sure it was not the last time.

Almost every US president from Bill Clinton after GW Bush smoked in young cannabis. Bill Clinton reportedly smoked marijuana in his youth. GW Bush was a black sheep of the family when he also played cocaine several times. He even allegedly cultivated cannabis plants on his farm in Washington. AlSo far no one has so openly admitted to smoking marijuana as current US President Barack Obama. He published much of his past in his book "Dreams of My Father," and in 2007 he even said in an interview: "When I was a kid, I inhaled often.

New York City Mayor is always associated with business and success, not with failure. But if you are one of those who thinks the "bug" is always useless, maybe you will be amazed at Michael Bloomberg. You ask if he smoked grass when he was younger?

According to his ownwords: "Be sure you are. And I enjoyed it very much!" 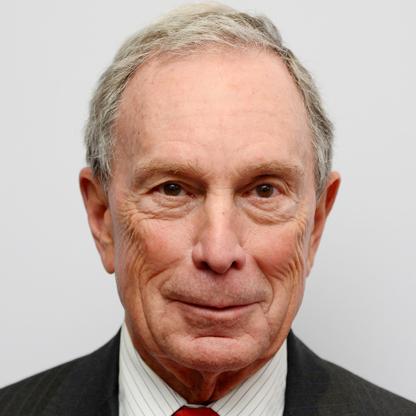 Ted is a rare billionaire breed. Yet he is really a mega-billionaire. He invented the 24-hour news cycle at CNN, was named Man of the Year in 1991 in the US, is the largest privateowner of land in America and also owns several other television stations.

What would you expect from a man who had grown cannabis in his college dorm room in his youth? He is also currently the main sponsor of the cannabis museum in Kentucky, along with actor Woody Harelson. This prince of various American "talkshow" discovered the power of cannabis relative late in his life for another reason. In 1999, he was diagnosed with multiple sclerosis and could not find anything to suppress the severe symptoms of the disease. He tried to use common medicines to dampen the unbearable pain, but none of them worked at 100% and Montel Williams began to suffer from side effects. Therefore, he decided to try medical marijuana and there was a miracle in his life.

A few years later, Williams is one of the most well-known defenders of medical cannabis legalization. Despite his incurable illness, he managed to organize several other high-quality "talk shows" until 2008, when his show was unfortunately canceled.

So far we have not mentioned many artists and writers on this list. Mostly because almost all artists experiment with cannabis. Almost every musician and artist is also at the same time a big "bug".

Writing Thousand StThe Rage of Novels is a truly admirable art in which you need sound judgment and reason. Throughout his career, his performance and success were unmatched. He is the author of more than 50 novels and short stories, selling 500 million pieces worldwide. He is also one of the loudest proponents of legalizing marijuana. 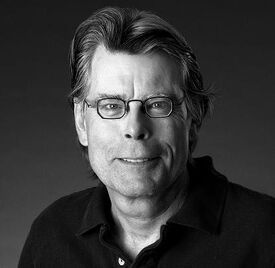 "I think marijuana should not only be legal, but I also think that home grown is not a crime."

The current governor of California is probably the only man on this list to shoot a film on cannabis. In the classic "Pumping Iron", Arnold is inhaling cannabis from a packed cigarette.

Schwarzenegger was not an active advocate of legalization since his election, but he was the chairman of a recent California renaissance in the legalization of medical cannabis. Now anyone who wants to grow small amounts of cannabis in California has access to the best cannabis varieties in the country and can even grow plants in their own garden. According to Arnold, marijuana is not a drug, its just a letter.

Marijuana is still a drug in our country, its production and dissemination is against the law!