Home Blog CBD as an antibiotic: can it fight antibiotic resistance?

CBD as an antibiotic: can it fight antibiotic resistance?

There are many diseases in the world that are becoming very resistant to antibiotics. A new study reveals the potential of CBD in effectively combating antibiotic resistance.

With the promising evidence of a large number of health problems with CBD, people have become too eager to believe that it is an all-powerful medicine. But this situation leads to utopian thinking.

Although CBD offers a very wide range of confirmed health benefits, it is normal for any subsequent statement to be quite distrustful. Probably the most ambitious statement is that CBD could act as an effective weapon against antibiotic resistance.

This problem is not a novelty - it is a growing global health problem since 2015. The bacteria have been mutated to make them resistant to medicines. Thus, a large number of antibiotics are completely ineffective against them. And this means that this bacterium is almost impossible to treat.

Through a series of in-tube experiments, researchers at the University of Queensland's Institute for Molecular Bioscience have found that CBD is capable of killing many types of bacteria. Even such as VRSA, VISA and MRSA.

"Over the years, these bacteria have been able to form a resistant layer, but have shown no resistance to CBD."

The scientists left the CBD and the bacteria together for 20 days. It was then found that CBDs were able to “outsmart” these bacteria and thus totally stopped their development. Mark Blaskovic, head of the research, said that there is no doubt that CBD has a unique mechanism that fights resistant bacteria, but admits that it does not yet know how this mechanism works.

Connection of antibiotics and CBD

The August experiment by British scientists focused more on how this unique mechanism works.

They focused on Escherichia coli, especially its membrane vesicles, which it uses to communicate and reproduce. During this, they found that antibiotics prevented these vesicles from waking up and CBD enhances this function. This means that CBD can be effective in combating specific bacteria when combined with appropriate antibiotics.

CBD may not be a 100% solution in itself, but can ideally combine antibiotic resistance. 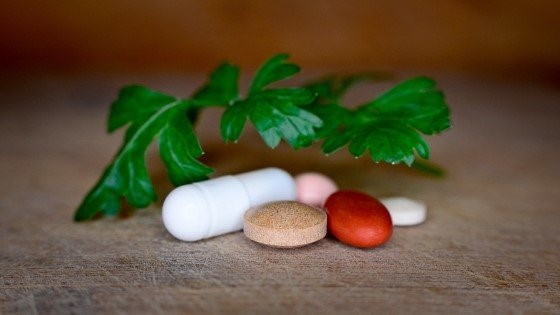 Both researches have confirmed CBD's ability as a weapon against antibiotic resistance, attracting a wave of interest from both healthcare facilities and popular media.

CBD can disrupt the layers of fluids (biofilm) that surround bacteria cells. Antibiotics have great difficulty getting through this layer, which results in antibiotic resistance.

Australian researchers have found that CBD is also effective against Gram positive bacteria that cause diseases such as pneumonia and skin infections. During this, they found that it was not effective against said bacteria associated with gastrointestinal problems such as salmonella and said Escherichia Coli.

But British researchers have progressed with Escherichia Coli, but more research is still needed.

Behind the laboratory test tubes

All discoveries have already been released at the June American Society for Microbiology's Microbe conference. Although the research is already very promising, it is still in its infancy and remains in laboratory test tubes.

Therefore, researchers warn that more time and work is needed to make this topic clear that CBD can really treat an infection. They need to undergo more serious infectious problems in more profound experiments, so it would be dangerous to replace them with cannabidiol immediately.

The CBD market is literally blooming - CBD extracts are currently priced at $ 2,000 / kilo (about 47,000 CZK), four kilograms worth an unbelievable $ 20,000 (almost half a million crowns) four years ago. The only problem that arises here is that, unfortunately, science cannot keep up with the market and its demand.

Undeniable evidence is already available and it is only a matter of time before CBD can be used as a weapon against antibiotic resistance.