Mainly due to its anti-emetic and analgesic effects. In addition, cannabis can offer cancer-enhancing therapeutic benefits, so emerging research will address this problem. The presence of cannabinoids can prevent cancer cell proliferation, reduce tumor growth and even kill the cells themselves.

Although the art of cannabis to fight cancer is a cause for joy, the complex relationship between cannabis and cancer has still not been understood. Scientists are still investigating and investigating the role of the endocannabinoid system in cancer development and whether certain cannabinoids can affect cancer cell proliferation.

The biggest hitch of the whole situation is the very little information available about the link between cancer, the immune system and cannabis. In this year's retrospective observational study, it was mentioned that cannabis could be harmful to people suffering from cancer if they were given immunotherapy. Today, immunotherapy is standard care in the treatment of tumors.

Cannabinoids can boost the immune system

Immunotherapy transmits compounds that are made by the body or artificially in the laboratory, and they modify or restore the function of the immune system to stop or slow the growth of cancer cells.

Macias has been working with medical cannabis for more than 15 years. Although she sees the potential in cannabis for cancer treatment, she points out that the combination of immunotherapy and cannabis can be very dangerous.

"Compounds that contain cannabis have been found to have immunomodulatory effects," says Macias. Immunomodulation down regulates the duration of the immune response and may even trigger immunoactivity.

This equipment makes cannabis an ideal cure for inflammation or autoimmune diseases that causes the immune system to be hyperactivity. However, this is not so effective in people undergoing immunotherapy.

Certain cannabinoids have the ability to elicit regulatory T cells. This excitation leads to immunomodulation and the prevention of immune responses, which may attenuate the effects of immunotherapy - a treatment that seeks to strengthen the immune system to fight cancer cells.

THC is a known immunomodulator. But CBD can also pose problems for immunutoraphy. "It is possible that CBD may cause a similar decreased response, as CBD also reduces inflammation and may interfere with stimulating the body's immune response to immunotherapy," Macias explains.

Although the available research is very inadequate, some studies have already confirmed that patients who have not used cannabis have responded to immunotherapy up to 3 times better.

Data from 140 patients were collected for the entire study. These were patients with three types of cancer: melanoma, non-small cell lung cancer, and renal cancer. All of them underwent Nivolumab treatment. It is a common medicine used in immunotherapy.

Patients with renal cell carcinoma and melanoma experienced particularly marked differences: 40.6% of patients receiving Nivolumab alone responded to treatment, unlike 10% of patients receiving both agents. The dose, form or time of administration of cannabis was of no importance. Statistical analyzes revealed that cannabis was the only significant factor that could reduce the response to immunotherapy.

"Before undergoing immunotherapy combined with cannabis, you need to make sure that it does not affect immunotherapy itself because of the anti-inflammatory equipment of therapeutic cannabis," concludes Dr. Macias. 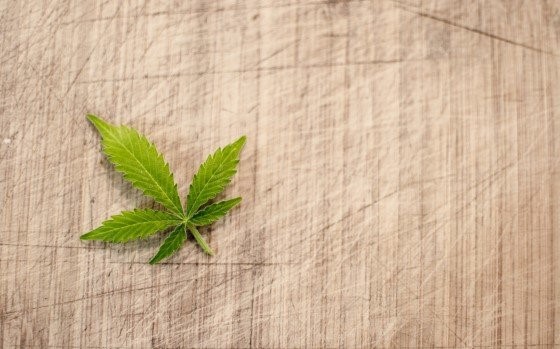