Home Blog What is the difference between cannabis and marijuana CBD?

What is the difference between cannabis and marijuana CBD?

Although cannabis and marijuana are very similar in appearance, they are totally different in functional and chemical terms.

The main differences between cannabis and marijuana

- the whole part of the plant, stem flower and leaves
- may be fully legal (CBD varieties and technical varieties)
- limited amount of chemical compounds
- can be bought in many places and online
- it produces clothes, textiles, foodstuffs and others…

To be legal, cannabis must contain less than 0.3% THC. THC is a psychoactive substance and if it occurs in very small quantities, it does not cause narcotic drugs.

It is used for the production of fabrics, building materials, paper and is added to food or cosmetic products.

- only hemp flowers
- legal in some states, so-called CBD flowers appear in the Czech Republic
- a large number of different chemical compounds
- can only be purchased from licensed stores in countries where marijuana has been legalized
- used for its health benefits and for fun

Marijuana contains a richer source of cannabinoids and terpenes than technical cannabis. This is due to the fact that marijuana has a higher amount of resin. A very large amount of cannabis is needed to produce CBD oil.

Hemp is a bioaccumulator - that is, it can absorb toxins from soil such as residual pesticides and heavy metals. If CBD is extracted from a large amount of industrial cannabis that has been grown in a non-organic environment, then there is a chance that residual impurities will reach the final product. For CBD products from degraded cannabis, both safety and efficacy are greatly reduced.

The CBD market for cannabis products is not yet subject to any regulatory framework. For this reason, you have to be careful where and from whom you buy these products.

It is important to look for products that have been tested by third parties. Thanks to this testing, the true content of not only cannabinoids, but also heavy metals, pesticides or microbes is confirmed. For this reason, you are assured that you have indeed received what you paid for.

In addition to third-party testing, it is a good idea to look for USDA (US Department of Agriculture) products. These products have confirmed growing under organic conditions.

Cannabis also contains some cannabinoids and terpenes, but not in the concentration of marijuana. Cannabis CBD can be created as a full spectrum extract that offers natural terpenes and smaller cannabinoids.

If CBD is obtained from cannabis and marijuana, then we will create a so-called isolated CBD. This product contains only CBD molecules. Isolated CBD is mainly used in laboratory tests and research.

From a legal point of view, the difference between cannabis and marijuana CBD is really big. According to DEA, cannabis that contains more than 0.3% THC is referred to as a Schedule 1 drug and is not permitted for medical use.

On the other hand, technical cannabis is not considered a so-called controlled substance. Previously, cannabis was designated by the Ministry of Agriculture as an agricultural commodity. 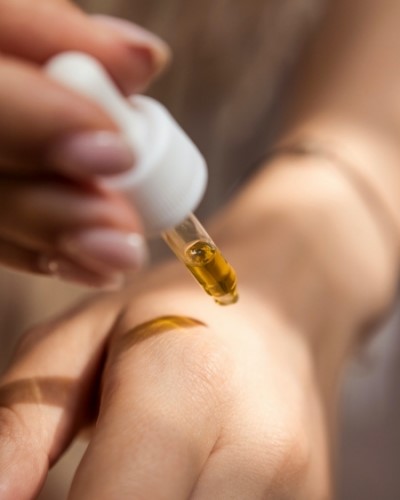