Feminized seeds Vanilla Kush is a hybrid variety with a strong genetics of a combination of Kashmir and Afghani Kush . More

The description of Vanilla Kush feminized seeds is taken from the official producer Barney's Farm. Under current Czech laws, these goods have limited use and are used exclusively for collecting purposes.

The feminized Vanilla Kush variety is mostly composed of indica supplemented with sativa .

These hemp seeds grow to a height of 90-100 cm with dense side branches.

Indoor and outdoor are suitable for growing these feminized seeds , the plant thrives in all growing environments.

Flowering time is 55-60 days and the buds are very dense with red and gold coloration.

As the name suggests, the plant smells pleasantly of vanilla with a hint of pine.

Afghani - is a rich species of Indian cannabis, whose name refers to its geographical origin. Growers and users around the world appreciate its hearty resin production. It has a sweet, pleasant but strong aroma and after ingestion a deep and soothing state of relaxation and euphoria.

Kashmir - Kashmir is a model of cannabis very suitable for all patients and recreational users who are looking for the best from the genetic side of Indica. Kashmir - a typical indica in appearance and effect

Caryophyllene - Caryophyllene is found mainly in herbs, spices and vegetables. It has a characteristic pepper aroma with woody tones, but at the same time it is very fresh. Caryophyllene has anti-inflammatory effects and is thus a suitable helper in aromatherapy. Due to its properties, it can also help in the treatment of pain of various types of origin.

Limonene - Limonene is a very fresh aroma, found in citrus peels. These citrus fruits are mainly oranges, lemons, grapefruits and tangerines. Limonene is a very strong antioxidant and is popular in aromatherapy due to its freshness. Last but not least, it has antiviral effects and prevents the negative effects of diabetes.

Myrcen - Myrcen has a very earthy aroma with hints of musk and cloves. It occurs mainly in lemon grass, thyme, laurel and hop sticks. Myrcene is concentrated in cannabis plants mainly in flowers. It contributes to the treatment of stroke, osteoarthritis, rheumatism and inflammatory diseases due to its antioxidant effects.

Linalool - Linalool is the main terpene in the popular lavender. It also occurs to a lesser extent in cinnamon, laurel, citrus and some mushrooms. It is the most important and common element used in essential oils in aromatherapy. It has very calming effects and can relieve muscle tension, relieve stress and help calm the nervous system.

Pinen - Pinen is characterized by its fresh and unobtrusive grassy aroma. This terpene is very characteristic of conifers. It has potential therapeutic and anti-inflammatory effects, thanks to which it is used mainly in aromatherapy. It helps to treat asthma and respiratory infections. 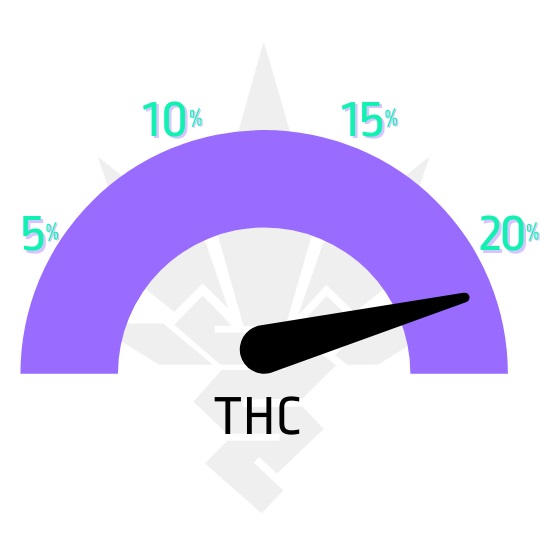